I’ve been doing some work lately on social networks that exist between organisations or institutions. This is nice as it builds on some of my dissertation work, and I generally find it quite interesting. Networks that form between organisations are often quite powerful, in that they can illustrate where strong areas of like-minded work exist or where new connections might be useful in strengthing one organisation’s influence.

Organisational ties – like personal relationships in business – can be extremely valuable to a firm’s bottom line. These ties are often leveraged and manoeuvred to produce some sought-after result. A few examples might be:

Do I know anyone at Organisation X who might have more information about some big grant schemed about to be launched?

Who in my inner circle has ties to a business who might provide some venture capital for an idea I have?

The notion of leverage’s one’s networks is nothing new. It’s known as social capital theory in sociology and is a well-known tactic taught in business schools. Its applications are too big to get into in this blog post. I’d suggest taking a look at this Forbes article for a bit more information on why this might benefit you. If you’re interested in leveraging one’s ties for their benefit from an academic perspective you can read some of my published articles or read works by James Coleman, Pierre Bourdeau or Robert Putnam from the 1980s and 1990s.

Now that we know it’s a worthwhile venture to leverage one’ network ties, let’s take a closer look at how we might approach this from a data perspective. We’ll use a portion of the mock data we created in an earlier blog found here. The database created from the code in that blog post is called create_sna_data, and we’ll be using it for the rest of this post.

Finding what we’re looking for

We’re going to be preforming shortest-distance analysis. Shortest distance analysis, also known as shortest paths, is a common algorithm used anytime objects are found within a network. It’s common in logistics work, especially regarding travel along a road or rail network. GIS analysis uses this approach as well. A great example is the Scottish Index of Multiple Deprivation’s use of shortest-distance analysis in looking at access as a form of deprivation in Scotland. Take a look at the SIMD documentation here for an overview.

Below let’s look at the shortest distance between two nodes. 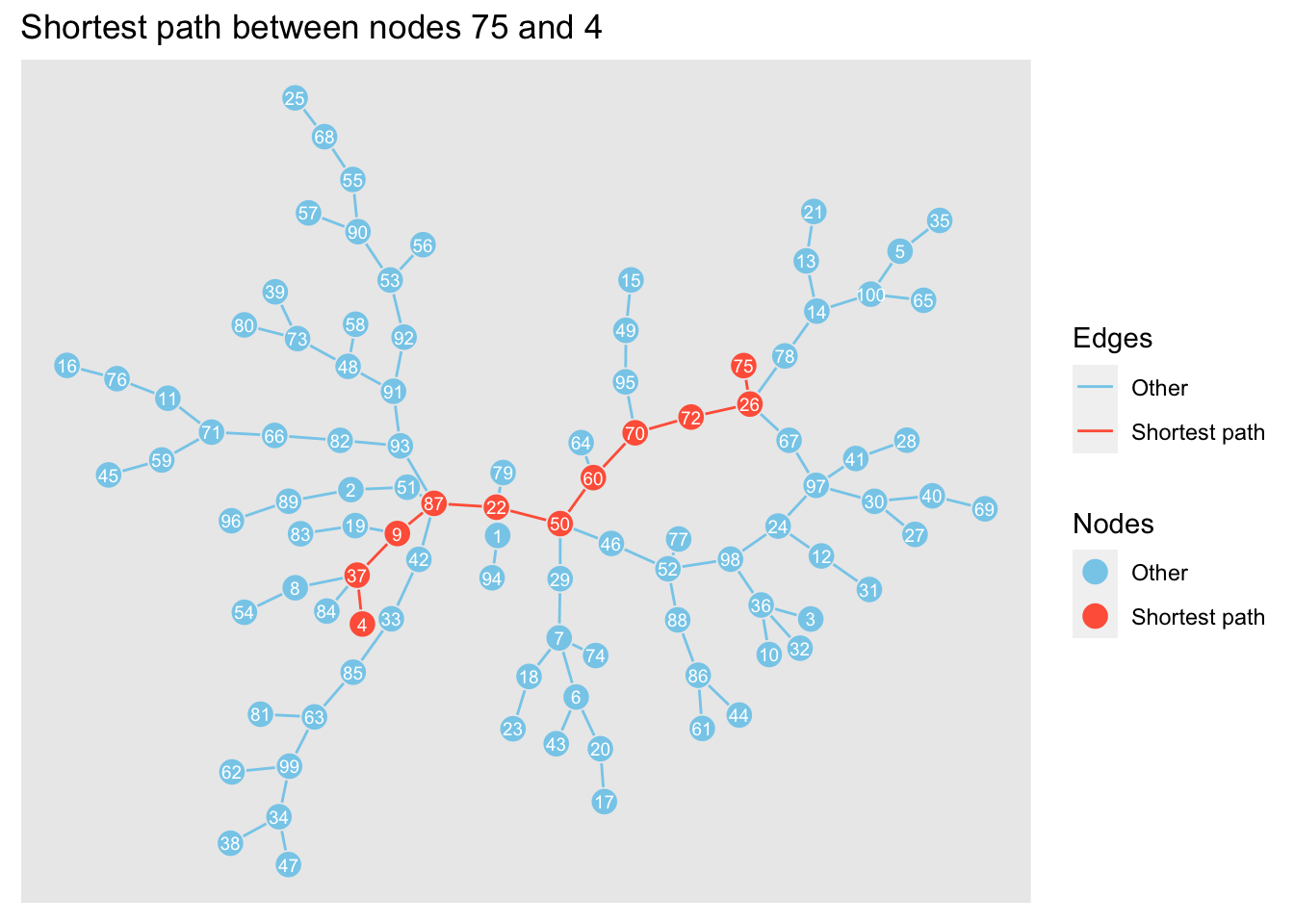 The notion of leveraging networks comes from the reality that not every node in a network is available to us to draw resources from. For the most part, a node has a useable relationship with only those nodes in its inner circle – or its one-degree neighbourhood. Now, this isn’t always the case, but as a very general rule with SNA, the further one node is from another, the less influence they have on one another. SNA can help identify which people could put you in touch with some other person based on a set of pre-defined criteria. SNA helps answer the question:

Do I know a dude who knows a dude?

So let’s suppose our goal is to utilise our social network to find a potential partner to work on a grant with us. The funder of our grant scheme has a real soft spot for loners – i.e. one-degree nodes; maybe because before our funder made it big they used to be a one-degree node themselves. Who knows! Below we see our same network with the one-degree nodes highlighted. 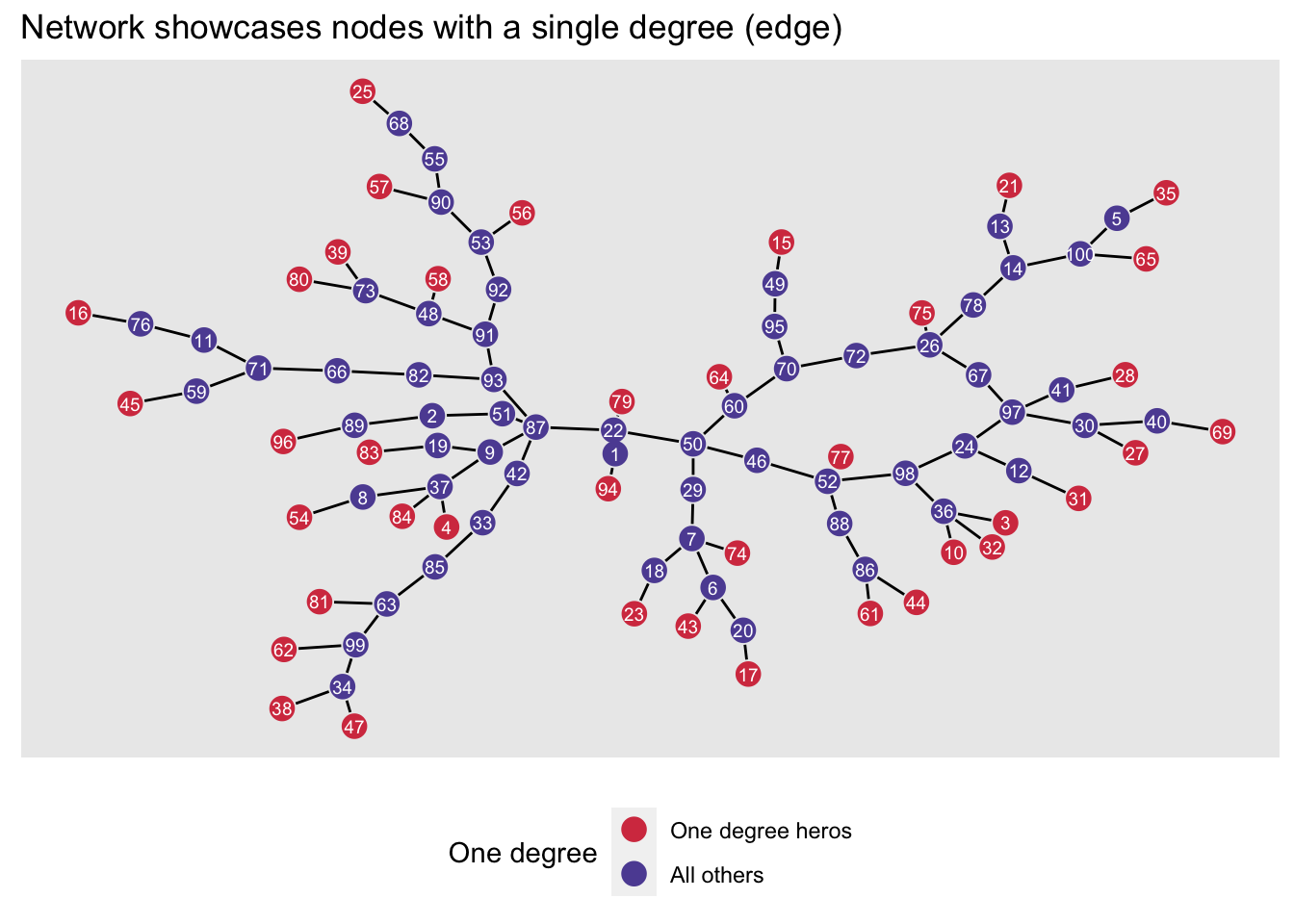 We’ll pretend that we are Le, Brianna (# 87), one of the most well-connected persons in the network (with a betweenness score of 3,088).

We know that we want to partner with a node that has only-degree. We will want to approach as many one-degree nodes as possible, as some will turn us down or might not be available to partner on the grant application.

We also know that we get along with some people better than others and that we’ll have to depend on our relationships to help leverage them. It may sound crazy, but Le, Brianna (ourself) gets along really well with people who buy all their food from farmers markets. So, we’ll use this to our advantage by trying to find as many shortest paths to single-degree nodes that are filled with nodes that buy all their meals at farmers markets. We’ll do this with iterative programming otherwise known as looping. Therefore, our approach is:

And now let’s take a look at the final results.

Let’s plot our final results using the code below.

We can see that our approach to identifying the most appropriate project partner favours those nodes that eat every meal with food bought from the farmers market. Of course, this is just a demonstration of how looping can be used with network analysis to find optimum routes within a network. 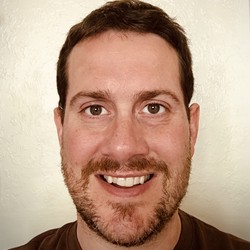